I work with children, teenagers and adults in Sevenoaks and the surrounding areas. Here’s what a few recent clients have said about working with me as their NLP therapist. 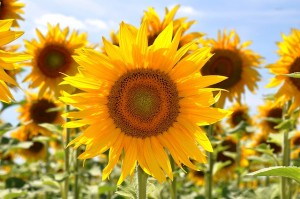 A big thank you to Diana, who has made a big impact to my daughter’s life, she was very shy and timid and struggled to join in with activities. But only after a few sessions she has made a turn around and has come out of her shell, and is more relaxed going to social events. Thank You!!

We took our 4 year old son to Diana because he was suffering with terrible separation anxiety. It got worse following a ‘settling-in’ session at his new school so we were wanted to get him some help before he started school. Diana spent less than two hours (over two sessions) with him and we were amazed at the change in him. We learnt how to help him and he learnt how to help himself. His swimming teacher was stunned by the difference in his confidence straight away. He’s now in his 3rd week of ‘big school’ and we’ve not had any tears or problems, we could even see him controlling his feelings on the first day which was incredible. His teacher said he’s settled better than most of the other children (including his very confident twin brother!) and he loves school. We can’t thank Diana enough for making school an extremely positive experience instead of a stressful one.

We took our 8 year old son to see Diana after the death of a beloved pet caused a dramatic and distressing change in his behaviour. He became angry, upset and confrontational and the cheery boy we once had before had gone. He began to struggle with friendships and became withdraw at school. We had reached a really tough point. Then my son went to Diana and our family unit changed for the better overnight. She was able to make him see that he can control his behaviour and feelings and although sadness in life happens, its up to him how he lets it affect him. She gave him tools that we continue to use now to get him through the bad days and he is now more positive than I have ever seen him. He still has the odd bad day at school but they are getting less and he knows he has the control to change what happens. After our final session with Diana, he was able to tell me that he finally felt happy. He is now empowered and the difference in him is huge. I am struggling to hold back tears as I write this……our son was so sad, angry and upset and Diana has changed our lives. We will be forever grateful, Thank you xxxx

My 15 year old son was at breaking point, full of sadness and negative thoughts. He had given up on himself and his life….and then we met Diana! After just the first session we started to see a difference, she connected to him in a way that no one else could. With Diana’s help Liam has now turned a corner, he smiles from the inside and his self-confidence is shining through. As a family she brought us closer than ever. Diana has a unique ability to adapt her techniques to connect with each individual and I highly recommend her to anyone who is struggling in any way. Diana is the light at the end of the tunnel. I cannot thank you enough!

My 10 year old son had anger issues and a lack of respect for me. His temper 9 times out of 10 was triggered by him being caught out when he lied. It caused much distress at home as I have 2 other sons and the relationship between me and my eldest was becoming very distant…I contacted Diana and we went along and after only 2 sessions my son has changed for the better. He is a lot calmer, not as challenging and the lies have stopped which in turn has led to him being less aggressive. The most adorable thing is that due to him being more in control of his feelings we have become a lot closer. He is more loving and every morning since the last session as he gets out the car for school, looks back and says, ‘Love you Mum’. Now that he never did before! Diana supported us outside the sessions and answered any questions we had. My son was at ease with Diana and didn’t find it at all difficult to respond to her.  I totally recommend Diana she really has been a miracle worker!

Diana did a great job with my son who races karts in various championships. He has always been quick and had previously won several races but would tend to be pushed about on track. Diana managed to get him to think about things in a different way and his confidence has grown massively as a result. Highly recommended!

My life has changed so much in such a short time since we did the NLP weekend together that I hardly recognise it. I decided at that point I would take on board all you taught me and helped me to realise, I truly knew I had made a breakthrough and was determined to build on it every day and change the way I thought about myself and the world around me, and acted on situations. I don’t claim it has always been easy, but in many ways it has been easier than I expected back then…I just wanted you to know how much I appreciate your help, I am so fortunate to have met you, you have an amazing gift!”

During my NLP session, Diana was so sincere and determined to help me. I felt she really took the time to help me with my breakthrough – dealing with my fears and emotions – so that by the end of the sessions I genuinely felt happy and full of life. Diana helped me see how my unconscious mind was working and how I could retrain my thoughts about myself. Have I had wobbles since her session 6 months ago? Yes! But this has only helped reinforce the fact I continually need to work on myself and rather than the long periods of doom and gloom I used to experience, it doesn’t consume me – I’m learning to override the negative feelings and self-doubt. If you are considering NLP, I would highly recommend Diana. She’s an extraordinary woman with compassion and patience in abundance. 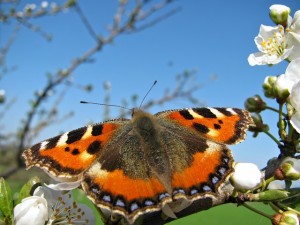